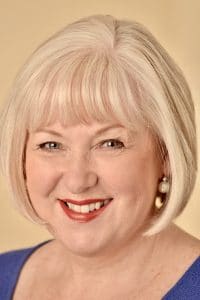 Scottish mezzo soprano, Kathleen McKellar Ferguson, graduated from the Royal Scottish Academy of Music and Drama (now The Royal Conservatoire of Scotland) in both piano and singing and, after subsequently graduating with honours in teacher training, then pursued post graduate studies in singing at the Royal College of Music in London. After a highly successful international solo singing career. She is now a very sought after singing teacher and vocal coach both at home and abroad.

During her distinguished performing career, Kathleen sang in many of the major opera houses in the UK and Europe, with most of the national orchestras of the UK and with many European orchestras at international festivals. As an accomplished recitalist, she made her Wigmore Hall debut in 1991.  Kathleen broadcasted regularly for BBC radio and TV and also created an album of Scottish folk songs “Echoes of Scotland” and a gospel album entitled “When All’s Said And Done”.

During her 20 years in London Kathleen taught singing at the Purcell School and at St Paul’s Girls School but in 2001 she returned home to Scotland to marry her childhood friend, Grant. Long story! Since then she has been teaching singing at The Royal Conservatoire of Scotland, taught at Dollar Academy for 10 years and also has a thriving private singing teaching studio at her home in the village of Kippen in Central Scotland. Many of her former students, including Catriona Morrison (Cardiff Singer of the World) are now flourishing as international professional singers in concert and opera.

Apart from her individual singing teaching at RCS her responsibilities also include taking several classes (B Mus 2 Lieder Class, B Mus 3 Performance Class, M Mus Performance Class and M Mus Audition Class). She is also very involved with recruitment and regularly teaches and gives master classes in Australia at WAAPA ( the Western Australian Academy of Performing Arts) and at the University of Western Australia both in Perth (WA), the Melbourne Conservatorium and Elder Conservatorium in Adelaide. Kathleen gives many choral workshops  and has also been vocal coach for National Youth Choir of Scotland , the Royal Scottish National Orchestra Chorus, the Edinburgh International Festival Chorus and the New Generation Festival in Florence.

In 2012 Kathleen also established, “Classics at Kippen”,  a small concert series in the village of Kippen near Stirling where she lives with her husband Grant. These events provide much needed performing experience for her students at RCS, raise money for local charities and provide high class concerts for the people of Kippen and further afield. These concerts are lovely community events, are extremely well subscribed and, to date, she has raised over £25,000 for local charities.

An active member of AOTOS, Kathleen runs the Scottish ‘pod’ and is very involved in mentoring and encouraging singing teachers and young singers by arranging small  conferences in Scotland for professional development. In 2019 she gave a masterclass at the AOTOS  Annual Conference and was also heavily involved in the organisation of Eurovox, which was to have been held in Edinburgh in 2020, but sadly had to be cancelled due to Covid-19.

Her passion for singing and teaching along with her extensive knowledge of vocal technique and repertoire has given her a keen ear for the subtleties of vocal production and artistry. To this end Kathleen is very happy to pass on her knowledge and expertise in such a way that her students are given time to be carefully grounded and nurtured so that they can reach their full potential and emerge as the singers and teachers of the future.