We have a vacancy for a Councillor At Large with responsibility as Online Coordinator. Members can find the job description here. Please contact Janet Shell for more information: communications@aotos.org.uk

Councillor At Large – NYCGB and EVTA 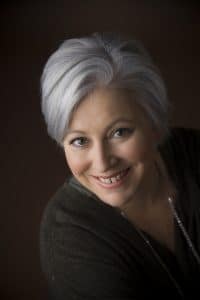 Nicki Kennedy has enjoyed an extremely varied career as a singer. She graduated with a first class degree in Hispanic and Latin-American Studies, and then went on to train at the Royal Scottish Conservatoire and the Royal College of Music. As a soloist she performed and recorded as soloist with many of the leading ensembles in the baroque and classical field, such as the Musiciens du Louvre, Netherlands Bach Society, the Parlement de Musique, the Academy of Ancient Music, the Orchestre des Champs–Elysées, Modo Antiquo and the choir of King’s College, Cambridge.

During the pandemic, Nicki founded the Aureole Music Charity, providing music in care settings in Jersey, where she is now based. As a respected teacher Nicki has taught and given masterclasses in Spain, France and the Czech Republic and is a regular vocal teacher and consultant for the National Youth Choirs of Great Britain, and for the Rodolfus Foundation. She has been Head of Singing in two UK schools and has taught Choral Scholars at both Oxford and Cambridge Universities. She is training with Vocal Health Education to qualify as a Vocal Rehabilitation Specialist, deepening her understanding not only of advanced anatomy and spheres such as manual therapy, but also of such areas as counselling skills and running an inclusive music studio.

Rachel Sherry studied at Birmingham University followed by postgraduate vocal studies at the Royal Academy of Music. She was an ad hoc member of the BBC Singers and London Voices. She worked in the fields of baroque opera and contemporary music as well as seeking out more unusual repertoire. A strong interest in traditional music inspired her to take up the harp, and for many years she toured a one-woman show accompanying herself on a variety of harps.

She has been a member of AOTOS for over 25 years now. Initially she specialised in working with drama students and teaching singing for several university music departments. She is a Fellow of the Higher Education Academy. More recently, most of her work is with under 18s. She has taught singing at Junior Guildhall for over 20 years and she was named on the Royal Academy of Music’s honours list in May 2018.

Between 2015 and 2020, Rachel was Head of Vocal Studies at Stowe School. She maintains a thriving private practice, examines for the LCM and is currently undertaking a song publication project. 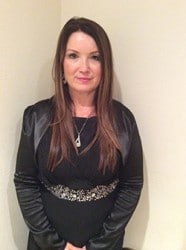 Councillor At Large – Singers for events and Pods

Zoe came originally from the West Country and was taught by Linda Marshall Cole (once AOTOS's South West Representative), before going on to study at the Royal Academy of Music and Trinity College of Music. From there she went on to become a freelance classical singer working for Opera de Lyon and a freelance soloist, but for the past 20 years has always taught singing too. She still travels to teach at the City of London School for Girls and also teaches privately at home in Derby.

She joined AOTOS after moving up to Derby from London, thinking that it would be a great way to meet other singing teachers in the area. "Why didn't I join years ago!" she says. "At my first AOTOS gathering I met other teachers from the central area. Of course we were all the same breed – singing teachers! I enjoyed the afternoon immensely and not only gained new friends but gained vital new knowledge about teaching and reaffirmed what I already new. I realised then how important such an organisation as AOTOS is."

She was the Central Area Representative for AOTOS, bringing together singing teachers from the area to further develop teaching skills and ideas for the future. She is now Councillor at Large for singers for events.