Live presentation with a panel led by Julia Dewhurst

AOTOS members have an amazing opportunity to meet and hear from a highly experienced panel of BIFF (The British and International Federation of Festivals for Music, Dance and Speech) Adjudicators.

With festivals now back in person this is a real refresher on what they can offer to both your students and you as a singing teacher.

Maybe you would like the chance to become an adjudicator?

Julia Dewhurst leads the panel of Bryan Husband, Adrian Goss and Nancy Litten in a discussion on the differences between adjudication and examining; the role of the adjudicator; the processes in order to become an adjudicator through BIFF and wrap up with a Q & A session.

This will be a fabulously informative session and we’d love to have your burning questions in advance so we can put them to the panel. Obviously you can also ask on the spur of the moment on the day. 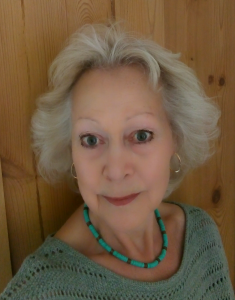 A lyric-coloratura soprano, Julia Dewhurst has appeared nationally and internationally on the concert and opera stage in an ongoing performing career spanning over 30 years. Her repertoire is wide-ranging, from Early Music to first performances of contemporary works.

She has extensive and relevant teaching experience across the entire age-range and was for many years a visiting singing specialist in a London primary school working at Foundation, Key Stage 1 and Key Stage 2 levels and leading voice care workshops for teachers. She has been a popular and much sought-after vocal adjudicator for the British and International Federation of Festivals for over 20 years and is currently a Music Representative on the Adjudicators’ Council. Julia has a keen interest in helping singers to develop their own distinctive vocal personality in performance across all vocal genres. 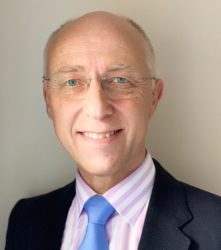 Tenor soloist, vocal coach, pianist, organist and choral director, Adrian studied at the RAM and the Guildhall. As a Tenor, he has enjoyed a 30 year solo career in concert and recital, including recordings and broadcasts, recognised in 1999 by the ARAM, granted to distinguished past students of the Academy. A former Lay-clerk at Ely Cathedral, deputy at St Paul’s Cathedral, Westminster Abbey and HM Chapel Royal, Director of the Chamber Choir Quorum, he has been a Director of Music at two independent senior schools, Director of the Kent Music Academy for the gifted, Head of Kent’s County Groups, and an examiner for grades and diplomas for fifteen years. As a vocal teacher to diploma level, he teaches at Brighton College, Cranleigh and privately. Adrian directs workshops and master classes for singers and speakers at summer schools. He is a member of AOTOS, ISM and the Royal Society of Musicians.

He has 35 years’ experience as a British and International Federation of Festivals Adjudicator for International, National and Local festivals, including the National Festival of Music for Youth. Adrian has been an elected member of the Adjudicators Council since 2011, and has been the Chair since 2014. 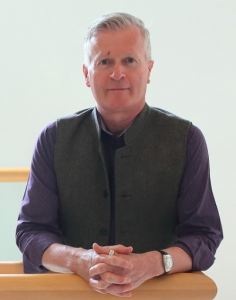 ‘Life as a singer, actor, teacher, music examiner, adjudicator and ski instructor is what keeps me challenged, solvent, and amused. I have performed in Opera, Musicals, Oratorio and concerts around the UK and abroad, and made many appearances on TV, radio, and recordings. I feel privileged to be tenor amongst tenors, having sung with Luciano Pavarotti, Placido Domingo, Andrea Bocelli, Roberto Alagna and Josh Groban, to namedrop a few.

I trained at the Royal College of Music, London, and the Welsh College of Music and Drama, Cardiff. Recent performances have been in Malvern, London and Bergen. After some years spent performing abroad I moved to Guildford, where I held for some years the posts of Head of Singing at Guildford School of Acting, and Lay-Clerk at Guildford Cathedral (each day from Bernstein to Bach in a few minutes). I now work as a freelance performer, tutor at Trinity Laban Conservatoire, examiner and adjudicator, and am fortunate enough to divide my time between homes in London and Worcester.

In all aspects of my work, I am most interested in the connection between text (its meaning and articulation) and voice (speech or song); I believe that a vocal technique is ‘merely’ a means of expressing text and sharing it with an audience. I have always encouraged students to enter festivals at all levels of development, and in all styles and genres, believing strongly that the ‘purpose’ of the movement is vital for performers – the platform of a safe, supportive and constructive environment in which to practise and develop one’s artistic and performer persona.’ 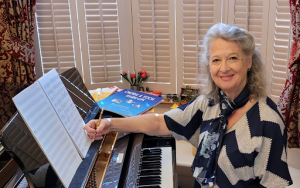 Nancy entered the Royal Academy of Music at age 16 on an open piano scholarship, winning prizes while there. She also studied violin to a high level, freelanced as an orchestral player, and led a string quartet. She has performed as soloist, chamber music and orchestral player on both instruments and as a piano accompanist. She has taught in primary, secondary and specialist music schools, privately and on courses.

After decades of teaching singing and conducting choirs, she published Choral and Vocal Warm-ups for Pianists, Choral and Vocal Sight Singing with Keyboard Harmony, and Rounds with Accompaniment. Alfred UK have also published her violin tutors, keyboard tutors, and her arrangements of favourite piano pieces and songs for piano trio (piano, violin and cello), Classical Vienna and Romantic Vienna. EVC music will shortly be publishing her first book of solo piano pieces. She has written many compositions and arrangements for exam syllabuses (Trinity College London, ABRSM and MTB).

Nancy has been an ABRSM examiner since 1998. She is Chair of the Kent region of EPTA UK (European Piano Teachers’ Association). She has been an adjudicator with The British and International Federation of Festivals since 2014 and serves as one of the two music representatives on the Adjudicators’ Council.

This event is for AOTOS members only, please log in to view and complete the booking form.

A recording of this event will be available to AOTOS member in the resources area of the website shortly afterwards.