Home / About / AOTOS council / Past Chair 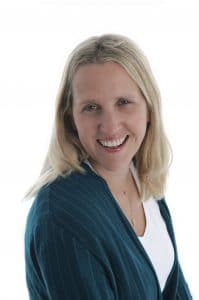 Heidi Pegler studied at the Royal Welsh College of Music and Drama and Trinity College of Music, London. She has performed at many of Britain’s leading venues with the All Souls Orchestra including the Royal Albert Hall, Liverpool Philharmonic Hall, Bridgewater Hall, St David’s Hall and the Glasgow Royal Concert Hall. A specialist in Baroque music, she has released Hark! The Echoing Air (CD), which features music for soprano, trumpet and orchestra. She also sings with London Voices and has sung on the Harry Potter movies, as well as The Hobbit, The Croods and Jupiter Ascending.

She is Deputy Director of Music and Head of Singing at St Paul’s Girls’ School, where she steers a team of 10 singing teachers. She conducts all the choirs and directs musical productions and operas. She has also published several books including the award-winning series The Language of Song (Faber) with friend and colleague Nicola-Jane Kemp, It’s Never Too Late To Sing (Faber) and  It’s Never Too Late To Sing Christmas with Pam Wedgwood, and The Best of Singing (Faber), Grades 1–3 and 4–5 from the ABRSM singing syllabus. She has been a contributor on the new ABRSM Songbook Plus as well as part of the team who selected songs for the new singing syllabus.

Heidi was Chair for the Association of Teachers of Singing from 2018 to 2020 and is an examiner and trainer for ABRSM. She is married to John Langley and they have a son, Alex, and a cockapoo called Harrison.