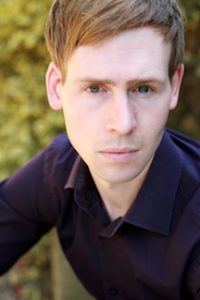 Originally from West Sussex, Edwin studied at Junior Guildhall and Trinity College of Music. After living and teaching in South East London for nearly a decade, he now resides in Watford where he runs a busy teaching practice. Edwin teaches singing at The Royal Ballet School, Stowe School and Sir Henry Floyd Grammar School. He works extensively with Buckinghamshire Learning Trust Music, running the Amersham Music Centre choral programme and is one of the Musical Directors of the County Choir and Training Choir. In addition, he regularly leads courses around the UK and is an examiner for Trinity College London.

As a performer, he has extensive experience in both the opera and choral repertoire. In recent years he has performed with Opera Holland Park, for Raymond Gubbay and with the choirs of many churches and cathedrals throughout London. He is currently cantor for St James West Hampstead.

He took on the role of South-East Representative for the Association of Teachers of Singing in July 2017, and was appointed Chair Elect in July 2020.