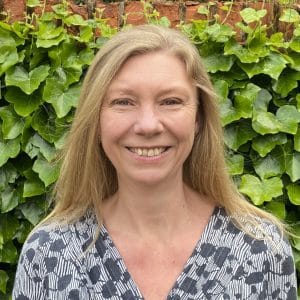 An Alumna of the Guildhall School of Music and Drama and National Opera Studio, Anita Morrison’s performing career spanned opera, oratorio and lieder. She is particularly known for her teaching of trebles and taught the choristers of Westminster Cathedral for nearly 30 years (from 1990-2019). She was awarded an Honorary ARSCM in 2017 in recognition of her outstanding work in this area following the publication of ‘The Chorister and the Racing Car – A Guide to High Performance Singing’, a vocal health guide for choristers. She currently teaches the choristers at St. George’s Windsor Castle, St. John’s College Cambridge, London Oratory Schola Cantorum and Cardinal Vaughan Schola Cantorum. She also teaches the choral scholars of Selwyn College Cambridge, is a vocal coach to The London Symphony Chorus and has a busy private teaching practice.

An intrinsic belief in the importance of good body use led Anita to train as a Practitioner of the Feldenkrais Method®, a somatic movement education system. She teaches regular classes and has given Feldenkrais workshops for singers at the GSMD, Leeds College of Music, Voice Workshop and the British Voice Association. The principles of Feldenkrais underpin all of her teaching with its emphasis on safe, healthy learning. 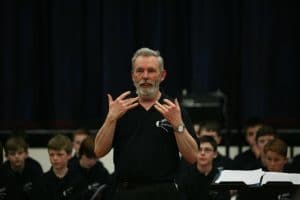 Martin Ashley is currently editor-in-chief of the research journal of the Association of British Choral Directors, having retired as Head of Education Research at Edge Hill University in 2013. Trained as a middle school music teacher, he worked in a variety of school settings before moving to the University of the West of England, gaining a post-doctoral fellowship for musical learning and boys’ understanding of voice.

An AHRC funded collaboration with the National Youth Choirs of Great Britain and University of York resulted in significant outputs on “cambiata” and the adolescent male voice. He has published widely on singing during early adolescence, working with a paediatric specialist on the timing of puberty and voice change. He has published work on historical trends in puberty, Tudor pitch and the sixteenth century mean voice. His most recent book was Singing in the Lower Secondary School for OUP.

In response to the Covid-19 pandemic, he assembled a small team of virologists and public health professionals to produce a rapid response review for ABCD and a smartphone app to monitor risk mitigation in choral singing, for which he received the Sir Charles Grove prize for outstanding contribution to the musical life of the country. 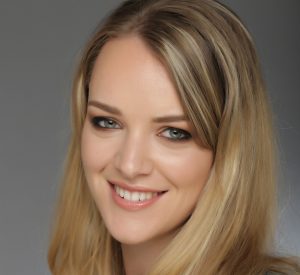 Lucy Joy Morris is a leading conductor and music educator, and an advocate for keeping boys singing through adolescence. In 2019 she was appointed Principal Conductor of the National Youth Choirs of Great Britain Boys’ Choir, and regularly works with several of the most successful youth choir organisations in the UK. Since being appointed conductor of Taplow Boys’ and Children’s Choirs in 2015, Lucy Joy has become increasingly adept to the challenge and rewards of supporting boys through the voice change. From massed school singing festivals and workshops to award-winning youth choirs, she puts an educational focus at the heart of her work, inspiring and encouraging the next generation. 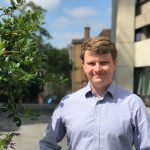 Felix Leach is an Oxford based singer and arts administrator. He has worked for NYCGB (in a freelance capacity) for over a decade primarily for the NYCGB Boys' Choir. In that role, alongside Lucy Joy Morris he leads a team of up to 30 singing teachers, musical leaders, and pastoral carers in delivering the highest quality musical and pedagogical experiences for over 100 boys as part of the wider NYCGB family of choirs. Outside of NYCGB, Felix has worked for the viol consort Phantasm, and the Choir of The Queen's College, Oxford amongst others. Felix is passionate about education and is a trustee of Schola Cantorum of Oxford, and an Oxfordshire-based multi academy trust.

When I Grow Up – A Musical Theatre workshop 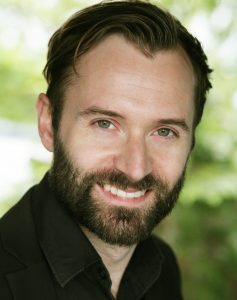 West End actor Alastair Brookshaw recently returned from playing Amos Hart in a European run of Chicago. Other recent theatre includes Stuart Gellman in the critically acclaimed West End production of Caroline or Change; Frederik Egerman in the Watermill Theatre’s revival of A Little Night Music; Sipos in She Loves Me at the Menier Chocolate Factory; the English National Opera’s 2015 production of Sweeney Todd; Jacobowsky in The Grand Tour, and Volodya in Bed and Sofa, both at the Finborough Theatre; Oscar Wilde in De Profundis at the Leicester Square Theatre; Leo Frank in Parade at the Southwark Playhouse; and Frederick in The Pirates of Penzance at the Minack Theatre. He has also appeared in West End productions of Cabaret, Blood Brothers, and Shoes.

Alastair can be heard in numerous cast albums and recordings, as well as countless film soundtracks, including West Side Story 50th Anniversary Recording, Cabaret 2006 London Cast Recording, Rogers and Hammerstein at the Movies (with the John Wilson Orchestra), Captain America: The First Avenger and Mamma Mia! The Movie.

Having been a choral scholar at Cambridge, Alastair still performs with many of the country’s top classical choirs, including the Choir of the Enlightenment, the Academy of Ancient Music, the Clerks, and the choirs of Westminster Abbey and St Paul’s Cathedral. Recent solo concert engagements include performances at the Coliseum, the Royal Albert Hall, the Cardiff Millennium Theatre and St John’s, Smith Square.

Alastair is also in high demand as a singing teacher, both in the musical theatre and classical worlds, teaching from his studio in Loughton. 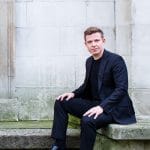 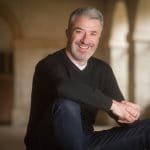