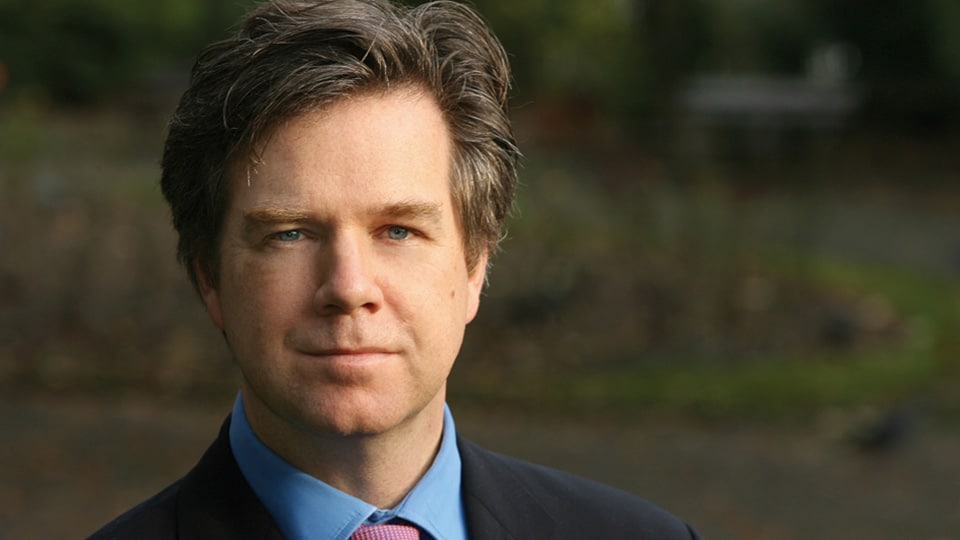 Nick Sears studied at the Guildhall School of Music & Drama with Rudolf Piernay as a postgraduate having read History at Trinity College, Cambridge. He became a full-time member of the BBC Singers for three years before leaving to pursue a career as an operatic and concert soloist for over twenty years; initially as a baritone, changing to tenor in 1994.

As a concert artist he performed throughout the UK, Italy, Belgium, France, Switzerland and in South America with Rinaldo Alessandrini, Rene Jacobs, Paul McCreesh, Harry Christophers, Sir Simon Rattle and Sir Andrew Davis. He performed at the South Bank and Wigmore Hall on numerous occasions both as a recitalist and as part of Graham Johnson’s Songmakers’ Almanac.

Nicholas ceased singing in 2002 to pursue a career in Vocal Artist Management with Intermusica while teaching as a Senior Lecturer at the Royal Northern College of Music. He joined the Royal College of Music as Head of Vocal Faculty in 2007 and was appointed RCM Head of Vocal and Opera in 2017. He has sat on numerous national and international competition juries, and given masterclasses in US, Singapore, Russia, Ireland and the UK. He is a Trustee of the National Youth Choirs of Great Britain and is married to the Irish mezzo-soprano Patricia Bardon. He enjoys reading, walking and a morning dip in the Serpentine to prepare him for the challenges of a day at the RCM. 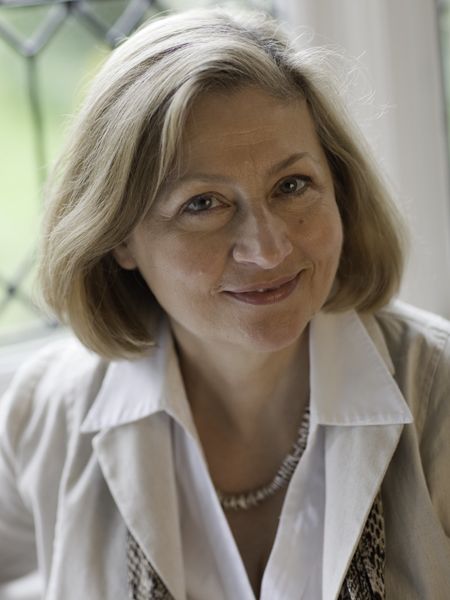 In addition to teaching at the Royal College of Music, Veronica Veysey Campbell’s wide-ranging experience has included teaching and coaching choral scholars at the University of Cambridge, as well as students from other universities. She was singing teacher of the choristers at St Paul’s Cathedral for 15 years and also taught for many years at the RCM Junior Department. She continues to be a regular teacher for the National Youth Choirs of Great Britain. Her busy private studio includes young and established professional singers. Many of her students have won prizes and awards, and are singing professionally with solo engagements in leading venues.

Since 2008 she has co-directed the Musicfest Vocal Course held each summer at Aberystwyth University. The nurturing and supportive ethos of the course has helped numerous singers to enhance their singing and performance skills. This epitomises her thoughtful and practical holistic approach. She is passionately interested in the healthy development of voices, where her main priority is to assist her students in developing a secure and sustainable vocal technique.

She has given numerous master classes, talks and lectures and has presented at a number of voice conferences, most recently in Germany. She teaches the RCM Principles of Teaching Singing course and also mentors RCM Masters students who are taking a teaching module.

She has co-authored, with Liza Hobbs, a song-book published by Peters Edition: Changing Voices, repertoire for young male singers during voice change. A second book for older singers entitled Everlasting Voices was published in 2016.

She studied at Trinity College of Music and the Guildhall School of Music and Drama, winning prizes at both institutions. She was a finalist in the Kathleen Ferrier Memorial Scholarship Competition and was awarded the Worshipful Company of Musicians’ Medal. She continued her studies at L’Académie Maurice Ravel and at the Britten Pears School. As a soloist she gave many recitals, oratorio and concert performances. 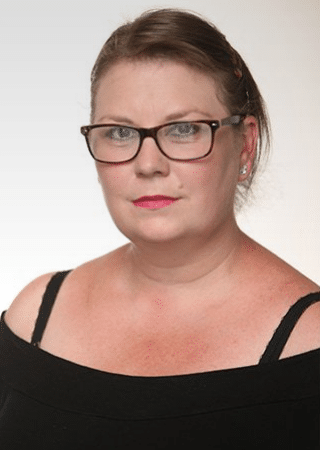 Victoria is currently Head of Musical Theatre and Programme Leader for the BA (Hons) Musical Theatre at Trinity Laban Conservatoire of Music and Dance. She gained a First Class BA (Hons) degree in Professional Practice (Musical Theatre Education) at Middlesex University. She initially trained as a dancer at North London Dance Studios; her professional career has enabled her to combine her passion for teaching, choreography and performing. She has considerable experience within education and training with proven strengths in curriculum development, timetable management and leadership, successfully developing musical theatre and dance training courses over the past twenty years. In her current role she has led and re-designed the innovative Musical Theatre degree programme and developed the new Musical Theatre Foundation programme at Trinity Laban. 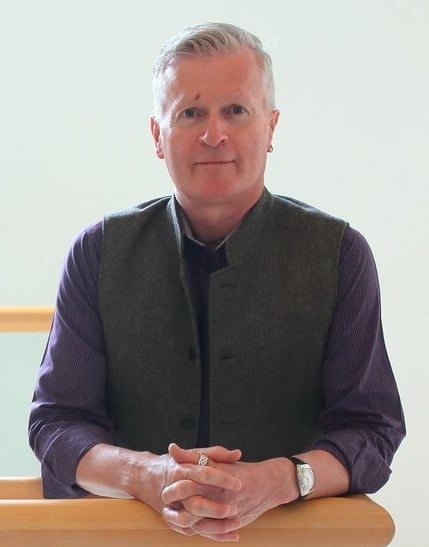 Bryan has over 30 years’ experience in the singing profession, as performer and coach. He trained at the Royal College of Music, London, and later at the Welsh College of Music and Drama.

He has taught at many of the country’s leading drama schools, and is currently a member of the faculty at Trinity Laban, London. His students now appear in many West End shows: Avenue Q, Les Miserables, Phantom of the Opera, Sister Act, Legally Blonde, We Will Rock You, Chicago, Priscilla Queen of the Desert, Oliver! Billy Elliot, The Lion King and Blood Brothers among them; also in the major touring shows, such as The Rocky Horror Show, Whistle Down the Wind and The Sound of Music. Students of Bryan’s were runners-up in the ‘Grease is the Word’ and ‘Any Dream Will Do’ television programmes.

He is particularly interested in the technique of ‘belt’ and in the combination of acting and singing skills. His other main interest is as an adjudicator at Music Festivals, and this work has taken him all over the country and abroad. He is now also a member of the music examining panel for Trinity College London.

He has sung extensively in opera houses – including Geneva, Lyon, Grenoble, Frankfurt and The Netherlands Touring Opera – and in musical theatre, including productions at the Bridewell Theatre, London. Recent performances have taken him to Cyprus, France and Hong Kong. He also has extensive television, radio and recording experience. Bryan relaxes by reading, gardening, attending theatre performances and teaching skiing! 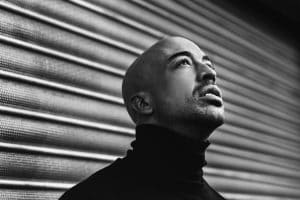 Jono is a senior vocal lecturer at the Academy of Contemporary Music, featuring in the BBC3 programme The School That Rocks, where he also delivers and writes for the degree curriculum. He also works as a vocal coach for The Voice Kids, The Voice, Wedding Day Winners and Change Your Tune, airing on BBC1 and ITV.

An artist and singer in his own right, he has also performed with Michael Buble, Josh Groban, Nelly, Jamie Cullum, Lemar, George Ezra and Jocelyn Brown, to name a but a few. He has also recently released a new album, Broken Lives, available as a digital release on Spotify, Apple Music and Tidal. He combines experience on stage with a deep understanding of vocal function to provide an inspirational coaching experience. He has also presented workshops and masterclasses for a variety of organisations, including the British Voice Association, the Voice Council, and Vocology in Practice, and has had a cover feature in the iSing online magazine.

He provides vocal coaching for professional singers, contemporary artists and musical theatre performers. He combines a unique complement of skills to provide a well-blended approach to maximise the possibilities of the voice. He adapts a holistic approach, with a deep focus on sustainable vocal technique, contemporary vocal styling and dynamic performance skills.

Details of the Autumn 2018 Conference