AOTOS Zoom Event: AGM and Round Table – the Future of Musical Theatre Training in the UK

Home / Events / AOTOS Zoom Event: AGM and Round Table – the Future of Musical Theatre Training in the UK

Soprano Sarah Leonard (Chairman of AESS, Teacher at the Royal Central School of Speech and Drama) chairs a round table discussion with Q&A on the future of Musical Theatre training in the UK in a post-pandemic world with leading Heads of Departments in the sector. An opportunity to hear from those who will be discussing: What opportunities will be available to graduates? What skills will they need? How much work will be available in the UK/Europe? What will be the entry criteria going forward for aspiring MT artists? What has changed from Pre-pandemic times?

The 2021 AGM will follow a Round Table discussion on the future of MT training in the UK. 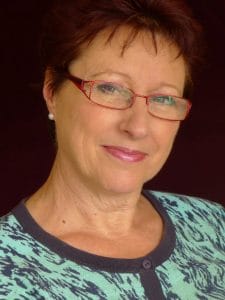 After a successful and varied classical career Sarah found that she loved teaching and passing on her knowledge to the younger generation. Besides her private teaching and the workshop courses she is involved in at Benslow Music and Jackdaws, Sarah has, for the past 15 year taught singing on the BA Musical Theatre course at the Royal Central School of Speech & Drama. She has seen first- hand how the standard of student singers has risen, along with the expectations of the industry. 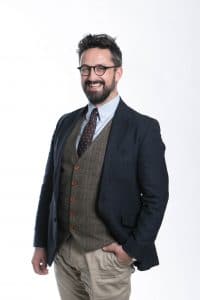 Gordon Adams is currently a Lecturer in Voice at the Royal Conservatoire of Scotland, and Programme coordinator for their Masters programme in Musical Theatre. Gordon teaches for both the Bachelor of Arts and Master of Arts Musical Theatre and Acting degrees in Glasgow, coaching and lecturing actors, singers, dancers, and actor-musicians in degree-level multi-disciplinarity.

Gordon studied violin and voice at the Royal Scottish Academy of Music and Drama (BA Hons) and Musical Theatre at the Royal Academy of Music, graduating in 1997. For the next 15 years he worked in London’s commercial West End, created new work and revivals for the National Theatre, presented awards for MTV, received an Olivier, recorded plays for BBC Radio, concerts for BBC Radio & Television and contributed regularly at The Proms and for Friday Night Is Music Night. He worked as a freelance backing singer and session artist for live gigs, film and television, and studio albums.

Gordon returned to Scotland in 2011 to join the Royal Conservatoire’s teaching staff in training the new generation of versatile students. He continues to work regularly as a voice consultant both for companies’ resident in or visiting Scotland, and most recently back in London’s West End on Captain Corelli’s Mandolin (Pinter Theatre). 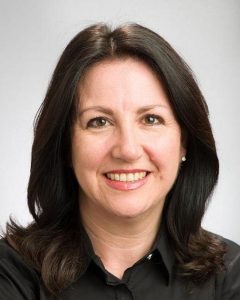 In 1983 she was a finalist in the International Concert Artists Guild Competition. Whilst in New York she saw the original Broadway production of A Chorus Line and was so inspired that by 1997 she was conducting the national UK tour of ACL with Adam Faith.

Other theatre shows as musical director/arranger/ orchestrator include 70 Girls 70 (UK tour with Dora Bryan), Divas at the Donmar with Clive Rowe, Once Upon A Song with Anthony Newley; What I Did for Love at the National Theatre Studio with Diane Langton, Lionel Bart, Joan Littlewood; Maria de Buenos Aires for the UK Opera Festivals (Buxton, Norwich, Bath).

Wendy has served as External Examiner for BA and MA musical theatre courses at RWCMD, RSAMD and Guildford School of Acting, University of Surrey. She holds a Visiting Professorship in Musical Theatre at Universidad del Rosaria, Bogota and also an honorary award as Ambassador for Women in Musical Theatre from the Musicians’ Union.

She is co-founder of Ladies of the Stave which, through networking, mentoring and education works to promote women as musical directors and pit players. 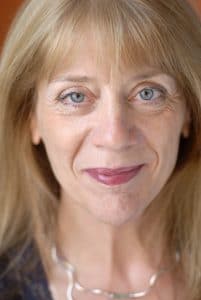 Mary King’s career has encompassed a wide range of roles, including that of performer, teacher, coach, broadcaster and writer. A popular and highly experienced mezzo soprano, Mary has worked with leading conductors and numerous orchestras across the world and has made a particular feature of the contemporary classical repertoire.

Mary has had a long involvement with outreach and teaching, working with all the major companies in the UK as well as running training programmes both at home and abroad. During Mary’s long association with English National Opera, she devised and ran a highly successful performance skills course, ‘The Knack’, for eleven years, and between 2004 and 2006 she was also an Artistic Associate for the company.

Between 2007 and 2013 she created and led Southbank Centre’s Voicelab, and from 2013 to 2018 she taught regularly at the Western Australian Academy of Performing Arts in Perth. Currently she teaches at the Royal Academy of Music on the Musical Theatre course and the Arts Educational School.

Mary is currently Vocal Talent Consultant at Glyndebourne, works privately as a vocal coach for a number of West End shows and offers 1-1 vocal teaching for professional singers. 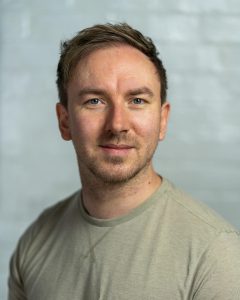 Adam Stadius is the programme leader for the new BA (Hons) Musical Theatre at Leeds Conservatoire. Adam has worked as an acting coach between Leeds, London and the North-East of England. Adam trained at the Royal Central School of Speech and Drama (MA Music Theatre – with distinction) and has since held teaching posts at college and university levels across the country including the BRIT School of Performing Arts and SLP College.

Whilst at SLP, Adam gained commendation for redesigning their level 6 diploma Musical Theatre course in collaboration with Trinity College, London.

A recording of this event will be available to AOTOS member in the resources area of the website shortly afterwards.

This event is for AOTOS members only, please log in to view and complete the booking form.

View other events in the Summer Series here