Our speakers for the 2016 summer conference 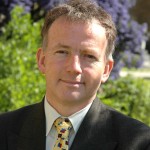 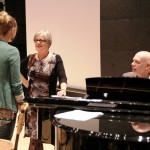 Dr Gillyanne Kayes and Jeremy Fisher are two of the UK’s leading voice educators, specialising in vocal and performance techniques for different music styles. Gillyanne has had more than 30 years’ experience as a singing teacher, training leading performers for musical theatre productions in the West End and in Europe. Jeremy is a prize-winning accompanist and performance coach working with actors, singers and songwriters on repertoire, style and performance integration.

In their work, Gillyanne and Jeremy demonstrate a deep understanding of the voice that comes from science knowledge, performance practice and decades of experience. Their publications include Singing and the Actor, Successful Singing Auditions, the Singing Express series for children and two chapters for the Oxford Handbook of Singing. A new book, This is a Voice, commissioned by the Wellcome Trust, is due in April 2016. Find out more at the Vocal Process website. 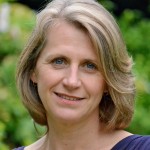 Jenevora Williams has taught singing at the Royal College of Music, Guildford School of Acting, the Yehudi Menuhin School, and many universities, and has had twenty years of working with the National Youth Choirs of Great Britain.

After a ten-year performing career in international opera and concert, she is now a specialist in vocal health and the teaching of young voices. She provides training for singing and voice teachers throughout Europe, and is the principal tutor on the only accredited postgraduate qualification in vocal pedagogy in the UK for Voice Workshop.

Jenevora’s book and DVD, Teaching Singing to Children and Young Adults, is used by teachers worldwide. Find out more at Jenevora’s website. 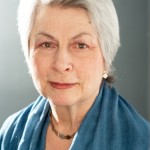 Kristin Linklater is the artistic director of the Kristin Linklater Voice Centre, Orkney and Emerita Professor of Theatre, Columbia University. From 1963 she taught at New York University, Emerson College, the Stratford Festival, Ontario, the Guthrie Theatre, the Open Theatre, and the Negro Ensemble, and from 1978 to 1990 with Shakespeare & Company in Lenox, MA.

She is an actress, having played most of Shakespeare’s women and some of his men. Her book Freeing the Natural Voice: Imagery and Art in the Practice of Voice and Language (pub 1976, revised 2006) has sold more than 150,000 copies and been translated into six languages. Freeing Shakespeare’s Voice: An Actor’s Guide to Talking the Text was published in 1992. She teaches in Germany, Italy, the UK, Holland, Belgium, Poland, Australia, Finland and Sweden. Find out more at the Linklater Voice website. 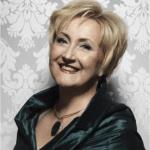 Outi Kähkönen has more than 25 years of experience in the field of voice, teaching singing and vocal pedagogy. She holds a lectureship at Helsinki’s Sibelius Academy, where she has her own lecture series . A coloratura soprano, her roles have includes Susanna in Mozart’s Marriage of Figaro, and the Queen of the Night in The Magic Flute, Zerbinetta in Strauss’s Ariadne auf Naxos, Adina in Donizetti’s Elisir d’Amore and Gilda in Verdi’s Rigoletto, as well as major oratorios.

She writes a blog, www.wonderofvoice.com, and is a Certified Master Teacher in Estill Voice Training, as well as studying voice use in musical theatre, including belting. Her experience as singing teacher is wide and varied with both advanced students and beginners. Her keen interest in the voice as an instrument has also made her an expert in vocal troubleshooting, helping singers overcome technical or vocal health issues. She was President of the Finnish Association of Teachers of Singing from 2000 to 2009 and is currently President of the European Association of Teachers of Singing (EVTA). 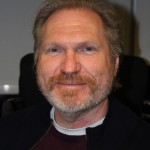