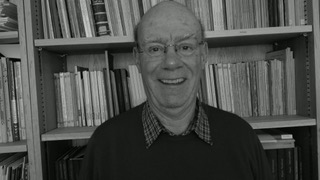 Born in Truro, Cornwall, David began his music career as a chorister at Truro Cathedral. He went on to the Royal Academy of Music to study singing with Joy Mammen and Pieter Van der Stolk and organ with Michael Austin. After his GRSM he took up orchestral conducting with Maurice Miles. This year was paid for by the award of a choral scholarship from St George’s Chapel, Windsor. He then went on the Royal Holloway College and took the London B.Mus graduating with honours in 1974. At Windsor he was a founder member and resident conductor of the Collegium Musicum  of Windsor.

His first job was as director of music at Tiffin Girls’ school in Kingston. Concerned about the state of music education, he went to study for two years at the Kodály Institute in Kecskemét, Hungary, where he studied choral conducting with Peter Erdei and Solfège musicianship with Lilla Gabor and Ildiko Herboly-Kocsar. On his return to England in 1983 he took up a position at the Purcell School of Music and became its director of Music from 1987 to 1995. He then became a lecturer in Kodály at Trinity College of Music, then Birmingham Conservatoire, then the Guildhall School of Music.

He also works with the Szilvay Foundation (Colourstrings) teaching children at the Saturday school as well as training adults on the summer courses with Géza and Csaba Szilvay. He has just been re-elected to serve on the board of the International Kodály Society. He is in great demand as a lecturer, teacher and conductor and has been invited annually to teach on the Kodály Institute summer courses in Kecskemét, as well as Kodály courses in Princeton, USA, and Portland State University. He has also been a guest lecturer at the Liszt Academy, Debrecen and Szeged Conservatoires.

He co-founded the Kodály Centre of London with his wife, Yuko, in 1992, and has produced and published over 30 books of Kodály musicianship material and teaching aids. He has also edited Music Transalpina I of 1588, the complete canons of Cherubini, as well many by Caldara. With Cyrillic Roselle, he has just finished writing the third volume of Jolly Music, which will be a seven-year curriculum of lesson plans and material for primary schools published by Jolly Phonics, Britain’s leading phonics company. 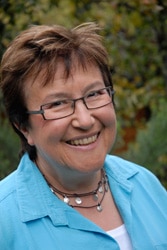 Sue Anderson has been playing the piano since the age of three, thanks to her piano-teaching mother, and is very familiar with all aspects of the instrument, as a solo pianist, accompanist, singer, piano teacher and singing teacher. She gave her Wigmore Hall debut as a solo pianist, sponsored by the ISM, but then worked for many years as a singer giving performances of contemporary music throughout Europe and singing at Glyndebourne and Covent Garden. The academic strand in her career began with an honours degree in music at Oxford, and continued with an MA in Music Psychology (Sheffield), in which her research about the way in which professional singers learn and memorise new repertoire inspired her book Keyboard Skills for Reluctant Pianists.

After further academic research leading to an MSc in Music, Mind and Brain (Goldsmiths, London), she has returned to practical music making, singing the roles at Dartington International Summer School of Larina (Onegin) in August 2015 and Mrs Sedley (Peter Grimes) this summer, as well as giving several recitals in London. 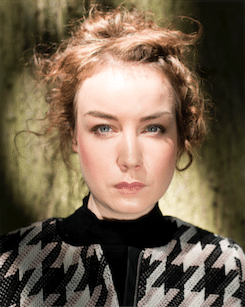 Niamh McGuckin is Head of Spoken Voice within the Performing Arts Department at the London College of Music, University of West London. Having trained in musical theatre then returning to further specialise in voice at the Royal Central School of Speech and Drama, her current research is leading into aspects of vocal health and pedagogy; its relationship with popular music and technology and its impact on teaching voice in the twenty-first century. She works across disciplines of the sung and spoken voice, coaching technical aspects of vocal use, anatomy, physiology, text, expression and delivery. 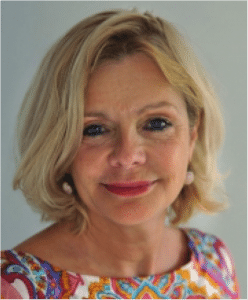 Lecturer in Singing and Song Interpretation at Pembroke College, lecturer in Teacher’s Voice at Westminster College of Education, vocal coach to the prestigious Exeter College Choir and to Balliol College, and visiting lecturer at Oxford Brookes University, Nicola has in the past been the voice coach at Sheffield University, to the choral scholars of Brasenose College Oxford, and to the young stars of Billy Elliot the Musical. Many of her students have gone on to win awards.

She also works with singers in need of vocal rehabilitation and runs intensive workshops for Oxford’s academic lecturers. Her combination of literary, musical, pedagogical and medical backgrounds has led to much cross-fertilisation of ideas. She has written for national radio, newspapers and magazines, including among many others, Classical Music, British Music, BBC History and The Singer magazines. She is the author of The Wordsmith’s Guide to English Song in two volumes.

Alongside her work in text and music in performance, Nicola specialises in interpreting the Spanish repertoire both as a classical soloist and with her touring company, Casa Margarita. In her research and teaching she has focused on clarifying the language we use to teach singing, and works with neuroscientists to develop this language to accelerate the process of vocal training and rehabilitation. 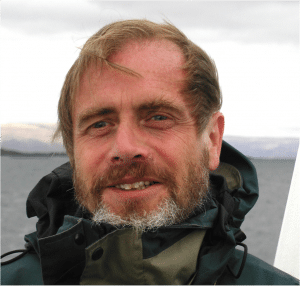 Alan Watson is a reader in anatomy and neuroscience at the School of Biosciences, Cardiff University, and has a lifelong interest in music. He runs a course at the Royal Welsh College of Music and Drama on the physiology of musical performance and works with staff and students there on projects concerned mainly with breathing in wind players and singers.

He has lectured widely on the musicians’ health and performance physiology for organisations such as the Royal College of Music, British Association for Performing Arts Medicine, DANA centre, British Voice Association and at many public events such as the Hay Festival, Cheltenham Music Festival and the Menuhin Violin Competition.

His book The Biology of Musical Performance and Performance-related Injury was published by Scarecrow press in 2009. He recently contributed a chapter on ‘Breathing in Singers’ to the Oxford Handbook on Singing (G. Welch, D.M. Howard. [eds.] Oxford Handbooks Online).