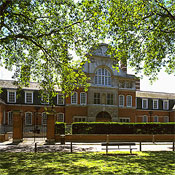 ‘Let me tell you a story’

articulation and meaning through our rich folk-song tradition

(inclusive of morning coffee and lunch)

‘Articulating the Story: the contribution of articulation to song’
The role of the larynx, tongue, lips and soft palate in articulation. 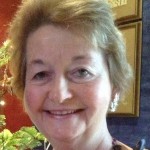 Moira is the Speech and Language Therapy Manager for Adult Acute Services in NHS Lothian and Clinical Voice Specialist at the Royal Infirmary in Edinburgh, where she has worked in the Voice Clinic there since it started in 1985, with Professor Arnold Maran and now Dr. Gillian MacDougall.

Moira is an Adviser in Voice to the RCSLT and coordinated the Voice Section for Communicating Quality 3. She was one of the SLT representatives on the ENT Redesign Steering Group in Scotland. She is a Voice Care Network (VCN) tutor and has run many workshops over the years with a voice teacher for teachers, lecturers and even zoo keepers! She has served on the Council of the British Voice Association (BVA) and was responsible for organising multidisciplinary BVA study days in Scotland. She has lectured on Voice to undergraduate SLTs at QMU and undergraduate medical students at Edinburgh University. She featured on a BBC Radio 4 programme entitled “A Voice Like Honey” with Jan Raven, talking about voice therapy. She was one of the “Newcastle 7” involved in grading voices on 3 different perceptual scales for a research project conducted by Professor Paul Carding and participated in the “consensus panel” for the GRBAS training CDs. She has given lectures and run workshops for SLTs throughout Scotland and on BVA courses and lectures on the BVA “Fundamentals of the Singing Voice” course at the City Lit. in London. She acknowledges all the valuable learning over the years from drama and singing colleagues.

Moira sits on the Scottish SLT Managers Network and chaired the RCSLT Scotland Board. She has recently served on the RCSLT Council as Scotland Country Councillor.
is the Speech and Language Therapy Manager for Adult Acute Services in NHS Lothian and Clinical Voice Specialist at the Royal Infirmary in Edinburgh. She is a Voice Care Network tutor, has served on the Council of the BVA, and is a regular contributor to the ‘Fundamentals of the Singing Voice’ course at the City Lit.

‘Emotion and Meaning in Text – Bringing the Text to Life’

Whether singing or speaking the audience will be more powerfully engaged and moved when it seems that the words are the singer’s or speaker’s own. This session will take a practical look at how singers can connect with and own the words of a folk song however removed the situation of the song may be from their own experience. 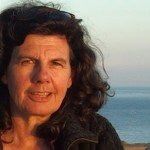 Barbara Houseman has been a voice and acting coach and director for over 30 years. She spent 6 years in the Voice Department at the Royal Shakespeare Company and was then Associate Director at the Young Vic for Comedy of Errors and Grimm’s Tales. Since then she has worked freelance as a voice and text coach in the West End where shows have included the all female Julius Caesar, Trelawney of the Wells and Coriolanus at the Donmar, Macbeth and Richard III at Trafalgar Studios and Curious Incident of the Dog in the Night Time at the Gielgud. She has been resident voice and text coach at the Open Air Theatre in Regent’s Park since 2009, including being Associate Director – voice and text – on Ragtime, A Midsummer Night’s Dream, All My Sons and Porgy and Bess.

Private clients include Daniel Radcliffe – Equus, How to Succeed in Business, Cripple of Innishmaan, Jude Law – Hamlet, Anna Christie, Henry V, Scarlett Strallen – Mary Poppins, Chorus LIne, Will Young – Cabaret, some cast members – Jersey Boys and Wicked  She also teaches on the ENO’s young Opera Singer’s programme. She is the author of Finding Your Voice and Tackling Text [and subtext] and is in the process of recording DVDs of her voice and text work.

A practical session of singing folk
‘ I will teach everyone a couple of songs as I would sing them, looking at phrasing and ornamentation’. 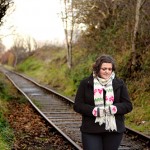 Kathryn Davidson is Folk Programme Leader for The Sage Gateshead’s Learning and Participation department. Her debut solo album ‘The Lass will Not Learn’ was released in 2012, and in 2013 she released two books for Faber Music entitles ‘The Language of Folk’ during which time she was consultant for Trinity College’s latest singing syllabus. She is much sought after as a choir leader often using songs from her native Northumberland.

This final session works with pupils and looks at the Assessment of unaccompanied folk songs in examinations and festivals. 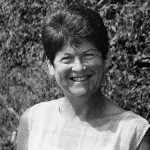 Eileen Field studied singing and piano at The Royal Academy of Music and was appointed an Associate in February 1998. She has extensive experience as a soprano soloist, accompanist, choral conductor and teacher of piano and singing from beginners to post-graduate level. She very much enjoys giving masterclasses for solo singers and choirs, and has worked with among others, the Highcliffe Junior Choir, former winner of the Sainsbury Choir of the Year Competition, and students at the Songskolinn i Reykjavik (The Reykjavik Academy of Singing and Vocal Arts) in Iceland.

Eileen is a grade and diploma examiner for the Associated Board of the Royal Schools of Music, also moderating examiners and helping to train new examiners. In 2007 she was appointed Consultant Moderator. She was the Lead Consultant in the selection of repertoire for the ABRSM Singing Syllabus for both grades and diplomas. Eileen has examined and presented seminars for teachers in the UK, Southern Africa, Hong Kong, Macau, Japan, Korea, the Philippines, the USA and Canada, and throughout Europe, including the Faroe Islands, Iceland, Greece, Turkey and Poland.

In 2000 she selected the material and wrote performance notes for the Boosey and Hawkes 20th Century Easy Song Collection and a second volume, containing more advanced repertoire, was published in November 2005.

Eileen is an adjudicator for the British and International federation of Festivals and this work has taken her all over the British Isles and Ireland.