Tales from the Dressing Room

Gary Leboff is one of the most inspiring and challenging coaches in the world. A unique figure in the arena of coaching, Gary applies a myriad of tools and techniques across business, music and sport, as well as his work with young people. In the world of sport, Gary delivers results at speed in a complex, highly-pressured environment. Across the spheres of music and business, Gary helps clients understand the key drivers of change, isolating and resolving the underlying issues that prevent individuals realising their true potential.

Gary works with opera singers, pianists, cellists and saxophonists as well as conductors performing on the international stage. He also gives annual presentations at the world-renowned Verbier Music Festival.

At a time when individuals find themselves under increasing pressure to deliver world-class performance, external assistance is often required.

Keeping sight of the whole: from the Studio to the Stage

Leontine Hass is an internationally renowned Vocal Coach and Principal of the Associated Studios London Performing Arts Academy. Leontine teaches workshops and lectures internationally on singing, voice and performance. She rehabilitates voices after surgery, or as surgery prevention. She has taught at leading Music & Drama Schools including GSA Conservatoire, the Oxford School of Drama, Mountview, LSMT, YMT, The Brit School, La Salle (Singapore), the Queensland Conservatorium, Centre Stage and The VCA (Melbourne). Leontine has acted as vocal consultant to various music management/production companies, including ITV and the BBC. Leontine is vocal coach for ‘The Voice’ for BBC TV. She was featured as a mentor/vocal coach on the Gareth Malone show, ‘The Naked Choir’, for BBC2 and will also be involved with Series 2. She is a regular columnist at voicecouncil.com and for The Stage newspaper. She is a contributor to ‘The Singer’s Complete Guide to Vocal Health’ (Oxford Uni. Press), and advisor/contributor to ‘The Ultimate Guide to Singing’ published by TC Helicon in 2014. Having originally trained as a classical singer (BA, Melbourne Uni, BMus. Kings College London, Dip. RAM), Leontine has performed as a singer and actress in concert, theatre and TV.

Rachael most recently played the role of Go-To-Hell Kitty in the Australian National Tour of Chicago The Musical. Other roles have included Margarita (Tango feature) in Opera Australia’s EVITA The Musical, originated Bombalurina in CATS the Musical at the Théâtre Mogador in Paris and for Royal Caribbean, Blue Girl in Shout! The Mod Musical, and Roxie Hart and Mona in Chicago. Rachael understudied the role of Lina Lamont in the Australian tour of Singin’ In The Rain and went on to tour the show to Tokyo.

Further musical credits include GFO’s Australian tour of the London  Palladium Production Wizard of Oz – The Musical, the Production Company’s Hello, Dolly! and Jesus Christ Superstar. Rachael’s TV appearances include the 2019 Carols by Candlelight, 2017 Carols in the Domain, 2016 Helpmann Awards, appearances on Sunrise and various TVCs and MVCs. She has danced for Kanye West in his live concert and in 2017 was chosen as a semi-finalist for the prestigious Rob Guest Endowment Award. Rachael has trained internationally with top private coaches and studios  including the Howard Fine Acting Studio Australia and the Associated  Studios London.

Rachael will next be seen starring in The Golden Girl playing the title role, a new cabaret she has co-created and play the leading bombshell Ulla in the smash hit musical The Producers next year.
www.rachaelvward.com 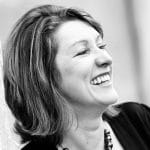 Teresa Shaw is a singing teacher, vocal coach and Music Performance Anxiety Researcher with over 20 years' experience as both a performer, choir director and musical director. Teresa specialises in all genres of music, including classical, opera music theatre, CCM and jazz, and is an Associate Lecturer at the University of Chichester Conservatoire in the UK. She has prepared singers for exams, diplomas, Oxbridge entry and professional auditions. She has recently completed an important study into Music Performance Anxiety with a focus on a coaching model to alleviate this anxiety. Her research is being published and she will be presenting her findings at the Annual Philadelphia Voice Symposium 2020: 'Care of the Professional Voice' in collaboration with Dr David Juncos. Having developed a coaching model for treatment of Music Professional Anxiety she is able to offer short courses of coaching to those who would like to be more confident in their sung, spoken or instrumental performance. Teresa is also an examiner for Trinity College, London and works with singers and musicians on exam technique and preparation.

Linda Hirst was born and grew up in Huddersfield, and studied flute and singing at the Guildhall School of Music and Drama. Her career began during the early music revival of the early seventies, with Roger Norrington, John Eliot Gardiner and David Munrow. From 1974-78 she was a Swingle Singer, she then co-founded Electric Phoenix. With both groups she travelled the world, leading to work with many living composers, and a solo career of international renown, in particular for her performances and recordings of contemporary music.

Her operatic roles have included Handel with Nicholas Kraemer, Berlioz with Roger Norrington, Ligeti for La Monnaie, Osborne and Knussen for Glyndebourne, Schoenberg for the Royal Opera House and La Fenice, and in 2013 an improvised opera with Bruce McLean, and Lucie Treacher’s The Fisherman’s Brides for Tête-à-Tête. She has worked extensively with London Sinfonietta, Ensemble Modern, Ensemble Recherché and Ensemble Intercontemporain, singing Ligeti, Berio, Henze, Knussen, Holt, Weir, Muldowney, Lachenmann among many European and American composers. She has sung at the Edinburgh, Paris, Metz, Holland, Ars Musica festivals and at the BBC Proms and has performed with conductors including Gielen, Nagano, Rattle, Howarth, Masson, Metzmacher and Harding.

Linda’s many recordings include Atom Heart Mother with Pink Floyd, Globokar’s Les Emigrés and Privilege with Ivor Cutler, as well as the solo album Songs Cathy Sang with Diego Masson, early music with Fretwork and Monteverdi’s L’incoronazione di Poppea with Richard Hickox, and a recent release by Non-Classical of a live improv night with the Mercury Quartet.

She was Head of Vocal Studies at Trinity Laban for 20 years, now on the Academic Staff; is President of the Kathleen Ferrier Society, a trustee of the Hinrichsen Foundation, a Fellow of Dartington College of Arts and holds an Honorary Doctorate in Literature from Huddersfield University.

Olivia is a Kathleen Roberts Scholar at Trinity Laban Conservatoire of Music and Dance, where she is studying for a Vocal Master’s under Tessa Cahill. She previously read English as senior choral scholar at Queens’ College Cambridge, where she won the Beaumont Award for musical excellence and the Gilbert Ryle Reading Prize.

A young artist at Bury Court Opera,  she premiered Mad King Suibhne in conjunction with ENO and with Helios Collective, and took part in workshops with the British Youth Opera and Will Kerley last summer.

As a member of Emma Kirkby’s Dowland Works, she regularly performs with lutenists across the country, and is a soloist with the Facade Ensemble, specialising in contemporary music with a focus on Stockhausen. Olivia's studies are supported by a Trinity Laban award, grants from the Split Infinitive Trust and the Yorkshire Ladies’ Council of Education, a bursary from Rose Opera and a choral scholarship at St Gabriel’s, Pimlico. She is grateful for the continued support of News UK and the Times.

A freelance soprano currently based in London, Kerry Firth was recently a Kathleen Roberts vocal scholar at Trinity Laban Conservatoire, where she studied for a Postgraduate Advanced Diploma under the tuition of Linda Hirst and Jon Christos. Her studies have been filled with performance opportunities and achievements for which she is extremely grateful: she received first prize in the college's English song competition (2019), and also participated in Brahms and Beethoven festivals curated by Eugene Asti. In 2018, Kerry was a soloist in a concert commissioned by the Peter Warlock society, and in the spring of 2019, she performed as part of a concert organised for Jonathan Dove's birthday, and received coaching from Dove himself in preparation for this event.

Kerry previously read music at The University of Manchester, where she also gained her MMUS and PhD in ethnomusicology. Whilst in Manchester, she studied singing with Andrew Heggie, and performed regularly in the University’s concert and opera series, as well as in public events across the city. As part of her PhD, Kerry travelled to South Africa, where she performed with The University of Cape Town choir, and also with choirs in townships and universities around Cape Town and Johannesburg. Whilst in South Africa, Kerry also gained experience of performing opera scenes from Carmen and Don Giovanni in Xhosa.

Pablo Boira-Boulding (baritone) is in his Third Year at Trinity Laban studying with Jon Christos. During his time at Trinity Laban, Pablo has had the opportunity to experience and take part in many performances, for example: A Christmas Carol by Thea Musgrave in the Christmas Opera and the summer production of Lamentation De la Ninfa by Monteverdi. He also had a lead role in the student run opera company when they performed Mozart’s De Shauspeildirektor. Pablo was due to sing the role of the Forester in Leoš Janáček opera The Cunning Little Vixen. Unfortunately, because of COVID-19 restrictions, the opera was cancelled. Whilst at Trinity Laban, Pablo has also performed in the Blackheath Halls production of Le Belle Helen by Offenbach, where he had a supporting chorus role. Pablo is excited to carry on with his studies and progress to future opportunities.

In 2009 Robert was appointed Trainee Répétiteur at ENO and remains on their freelance music staff. In 2013 he conducted La Traviata and Carmen for Opera À La Carte & Regents Opera, before joining Opera Brava as Musical Director in 2015 with their extensive education portfolio.