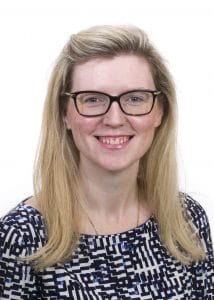 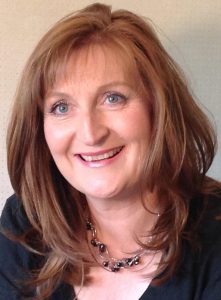 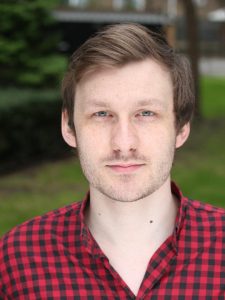 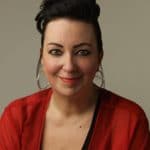 Leigh Martyn Thomas is a voice and performance coach based in Colchester, UK. Since training at East 15 Acting School in the 1990s, Leigh has garnered over 20 years' performance experience, fronting function bands, disco and acoustic duos, a vintage trio and as a solo performer. She has also worked in media, publishing and for record company EMI before starting her teaching journey in 2009. Leigh's practice Colchester Voice Academy offers online lessons, classes and courses for students, professional voice users and teachers and is the home of The Vocal Freedom Podcast.

Nicholas Gibbins is a Consultant Otolaryngologist and Voice Surgeon at University Hospital Lewisham, London. He graduated from Guy’s and St Thomas’ Hospitals, London in 1998 and was awarded the Registrar’s Gold Medal for research by the Ear, Nose and Throat (ENT) Masterclass in 2011. His ENT training ran through London and Australia including paediatric ENT at Great Ormond Street Hospital for Sick Children. He is head and neck cancer, and thyroid lead for the Trust.

He is mainly a laryngologist and has a specialist interest in the diagnosis and treatment of all types of voice disorders, the management of the professional voice, and the biomechanics of the body that can affect both voice and swallow.

He has published articles and written text-book chapters regarding the management of voice disorders. He teaches, trains and examines both under- and postgraduate medics and has appeared on national radio discussing the voice. He is in demand as a speaker, having given lectures on the voice to the Royal College of Music, the Royal Academy of Music and the British Association of Performing Arts Medicine, and multiple international conferences. His passions include the evolution of the larynx, ensuring professional voice users know how to manage their voice, and what to do when it goes wrong.

Declan Costello studied music at St John’s College, Cambridge, where he was a choral scholar under Christopher Robinson. He went on to study medicine at Imperial College and undertook his ENT specialist training in the Oxford region. He was appointed as a consultant ENT surgeon (specialising in voice disorders) at the Queen Elizabeth Hospital in Birmingham in August 2010. In December 2018 his NHS practice moved to Wexham Park Hospital in Berkshire. Mr Costello runs weekly private clinics in London and Maidenhead and weekly NHS clinics in Wexham Park (Slough) and Heatherwood (Ascot).

Amongst his non-clinical duties, he is the editor of ENT & Audiology News magazine.  During the Coronavirus pandemic, he has worked with a team to develop and distribute the Covid Airway Screen.  Through a Crowdfunder campaign, this novel protective device is now being distributed, free of charge, to hospitals in the UK.  He has spoken to BBC Radio 3 about this in interviews on In Tune.

He continues to sing regularly with a number of different groups. 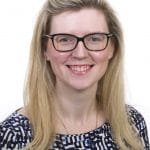 Natalie Watson is a South London ENT specialty registrar with a passion for laryngology and singing. She has a Masters in Clinical Education, for which she was awarded a distinction from King’s College London. Natalie qualified with two distinctions from Guy’s, King’s and St Thomas’ Medical School and was awarded the prestigious Jelf medal. She obtained an intercalated Honours BSc in Neuroscience having received the Health Foundation Student Research Fellowship.​) 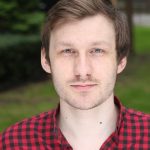 He is a freelance singing teacher and vocal coach, working mainly in theatre and television. He is currently a Lecturer of Singing at the Royal Conservatoire of Scotland, a Lecturer of Singing and Musical Theatre at Trinity Laban Conservatoire, Head of Singing and Music at West End Musical Theatre, and Senior Musical Theatre Consultant at Associated Studios London. He works around the UK, Europe and Asia regularly training students in all aspects of singing technique, pedagogue, repertoire and audition/performance technique. He has worked at LAMDA, Mountview Academy of Theatre Arts, GSA Conservatoire, Arts Educational London, Italia Conti Theatre Arts, Bodyworks/Cambridge Academy of Performing Arts, Primoatto Productions, Rijn Ijssel (Arnhem, Netherlands), Evolve Arts (Singapore), Sing’Theatre (Singapore) and the Brit School, Croydon; he can also been seen as the vocal coach on two series of ITV’s All-Star Musicals.

He has designed and led courses in ‘Integrative Voice Practices’ for singing and voice teachers  at the National Opera Studio in London in conjunction with Arlene Rolph’s The Singing Entrepreneur, and designed and led teacher-training courses for musical theatre and pop teachers for eight years in conjunction with T’eXtpierement Theaterschool (Oss, Netherlands). His passion for integrated practice and his experience with a broad range of methodologies and approaches will see him researching the area further in the near future.)

Carrie Simone Birmingham is a hearing-impaired singer-teacher-researcher from Preston, currently based in Liverpool. Carrie is Director of Pro Vox Vocal Training, a singing studio based in Liverpool City Centre. Alongside her teaching position as a Pop Vocals Lecturer at Leeds Conservatoire and Associate Tutor in Vocal Technique at Edge Hill University, Carrie fronts grunge-rock band FIGURES (previously broadcast on BBC), introducing and volunteers monthly at the Royal Liverpool Broadgreen NHS Trust in the Voice Clinic. Carrie's research into the impact of occlusion upon the singing voice has recently been accepted for PhD study which begins this academic year at the School of Music, University of Leeds. 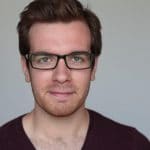 Rob Lines is a Musical Theatre specialist who is based in Manchester and London. He worked in many areas of the industry as a performer, vocal coach and producer. In Manchester, Rob is the Head of Musical Theatre at ShockOut Arts partnered with Bolton University. Alongside this work, Rob also works with clients in the West End and on UK Touring productions, meaning Rob feeds back first hand knowledge of the industry to Students in training. 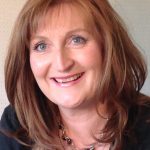 Wilma MacDougall was born in Scotland and after gaining a BA(Hons)Music went on to graduate with PGCE from Homerton College, Cambridge and MMus from The Royal Conservatoire of Scotland.  As a soloist Wilma worked in Germany, Denmark, Italy, Czechoslovakia and Britain with The Scottish Chamber Orchestra, Royal Scottish National Orchestra, Northern Sinfonia, Ulster Orchestra, and recorded for BBC Radio and Television.

She has always loved teaching singing and currently works as a lecturer in the Vocal Studies Department at The Royal Conservatoire of Scotland.  She is a regularly invited to adjudicate and present and is Director of Vocal Inspiration Singing Courses which run in England, France and Online for amateur singers. www.vocalinspiration.co.uk