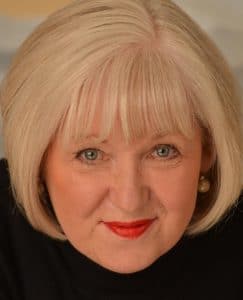 A graduate of the Royal Scottish Academy of Music and Drama (now the Royal Conservatoire of Scotland) in both piano and singing, Scottish mezzo soprano Kathleen McKellar Ferguson pursued post-graduate studies in singing at the Royal College of Music in London where she won several awards, including a Countess of Munster Scholarship. She then pursued a successful international solo professional singing career in both opera and on the concert platform before becoming a sought-after singing teacher and vocal coach at home and abroad.

She has been teaching singing at the Royal Conservatoire of Scotland since 2001. She regularly gives masterclasses at home and abroad, most notably in Australia at the Western Australian Academy of Performing Arts, University of Australia in Perth and Elder Conservatorium in Adelaide and, most recently, at the New Generation Festival in Florence. She has been vocal coach to many choirs including the National Youth Choir of Scotland, Royal Scottish National Orchestra Chorus and Edinburgh Festival Chorus. She also runs her own successful concert series ‘Classics at Kippen’ which gives a platform to young singers, raises money for charity and provides a wonderful community event of high-class music making in Kippen, the village in central Scotland where she lives with her husband, Grant. An active member of AOTOS, she arranges professional development workshops in Scotland where she is heavily involved in mentoring young singers and singing teachers. She joined the AOTOS council as a Councillor At Large in July 2018.