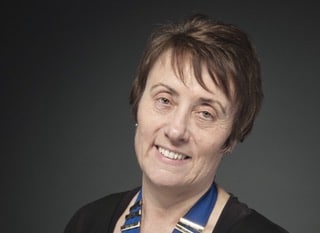 Janice is an alumna of City of London University, the University of West London and also the Royal Academy of Music, where she studied singing and piano accompaniment. She has for many years maintained a thriving teaching practice in Swindon, Wiltshire, guiding numerous young singers to success in professional careers and adults to vocal prominence in the local community.

She is the Director of the JTPTrust (www.jtptrust.org) a vocal educational charity based in Swindon, which reaches out to hundreds of aspiring singers in solo, choral and musical theatre genres. In this capacity she oversees a small teaching and administrative team,  applications for charitable grants, and a growing number of Outreach Classes in local schools; she has also masterminded and co-ordinated numerous workshops and performances, from annual Youth Gala concerts to large-scale community works. Her grant-funded productions include the commissioned Brunel: the Little Man in the Tall Hat and Swindon: The Opera, both with music composed by Betty Roe MBE.

Since the millennium, she has presented papers and workshops on topics related to developing voices for AOTOS, the BVA, Eurovox in Munich and AICI in Mantova. In 2014 she was invited to present at ABCD on the challenges of engaging the community in large-scale and small-scale projects.

She presently enjoys mentoring on the Pathways Access Course and is serving on the Eurovox 2020 planning sub-committee. Her MA is in Arts Management. She is delighted to return to Council as Conference Director after a break of two years having previously served as Chair-Elect, Chair and Past Chair between 2012 and 2016.