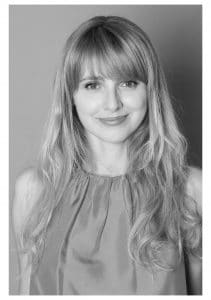 Polish-American soprano Pamela has been a teacher alongside her performing career for over 15 years. She has been concert soloist with the BBC Scottish Symphony Orchestra (broadcast on BBC Radio Scotland and BBC Radio 3), BBC Concert Orchestra (broadcast on BBC Radio 2′s Friday Night is Music Night), and Hallé Orchestra. She has given solo recitals in Moscow, St. Petersburg, Salzburg, Belgium, Costa Rica, Royal Opera House Covent Garden.

Pamela’s teaching life started while a Master of Music student, in a coveted Teaching Assistant position at the Peabody Conservatory of Music in Baltimore. She then moved to London, where she taught all ages privately ever since. Most recently Pamela has been appointed Singing Teacher (maternity cover) for Eton College. Pamela works as Vocal Consultant Singing Teacher to the elite Training Choir at Newton Prep, and at James Allen’s Girls’ School’s Saturday School for the Performing Arts.

Concurrently, Pamela has been principal animateur for English Pocket Opera Company since 2013, leading opera education workshops for thousands of school children across London, the UK, and internationally in their renowned “SingFest” series, where entire school districts come together in large-scale performances at venues including the Royal Albert Hall. Most recently EPOC took “SingFest” on a national tour which culminated in a 1,000-person performance of Carmen at London Olympics’ Copper Box Arena, for which Pamela acted as producer and sang the role of Micaëla, in partnership with the Royal Opera House.

Pamela continues to study and undertake regular CPD in teaching and voice pedagogy. She is a member of the British Voice Association, and sits on the council of the Association of Teachers of Singing, where she is the Editor of the AOTOS annual review.