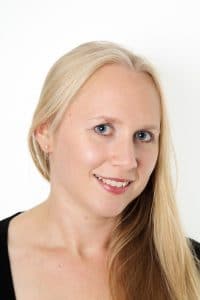 Sarah began singing as a child and grew up through the Hampshire County Children’s and Youth Choirs as well as being a member of the National Youth Choir of Great Britain in her teens. She studied psychology at the University of Nottingham but typically spent more time in the music department than her own! While at university she sang with the chamber choir, founded and directed the upper voice choir, and was one of the first cohort of choral scholars at Nottingham Cathedral.

After graduating she continued singing in choirs and as a soloist around the Nottingham and Derby areas while working as a project, risk and compliance manager in financial services. Redundancy in 2011 prompted her career change to singing teaching. She now teaches at Trent College in Long Eaton where she lives with her husband and two young sons. She also has a busy home studio and is musical director of the Beeston Mums Choir (who rehearse on a Monday morning with their pre-school children in tow!)

Since starting as a teacher, AOTOS has been very important to her both as a source of training and guidance, and as a way to meet other singing teachers to build a network of colleagues and friends. She is excited to be involved with the AOTOS council to pass some of this benefit on to others as well as organising some great events in the central area.